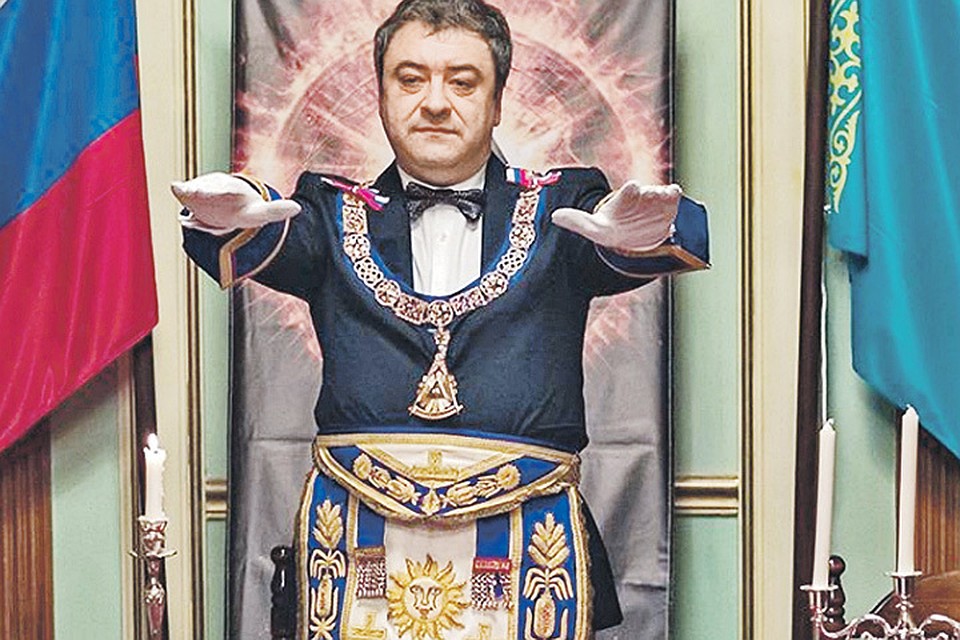 "We have an ordination from England. In France there is, I repeat, "unofficial" French Freemasonry - this is the Grand Orient de France, who said so: "We will discuss politics, we will discuss religion, we will accept atheists", and now they discuss a question - the opportunity to accept women. This is on the other side of good and evil. From our point of view, they are not Freemasons, but a circle of reconstructors, in fact. Crooks or not, I will not argue, but it is not serious".
(c) Andrey Bogdanov. The Grand Master of the Grand Lodge of Russia.

Andrey Bogdanov gave another "great" interview the other day. You can read the original, "On Freemasonry, belief in God and political spin", if you are interested. Mr Bogdanov discussed so many things, but he didn't mention how he became the Grand Master with the help of the OMON (Russian Special Purpose Police Units). Based on this interview, I will write about the real differences between the Grand Orient de France and regular Freemasonry represented by the United Grand Lodge of England and retrieve the nonsense Bogdanov has said about Freemasonry.

No positive growth of the number of Freemasons can be expected in Russia because Andrey Bogdanov's views deeply affected not only the Grand Lodge of Russia but even those lodges, which Bogdanov considers so "abibas'" and scam. Bogdanov cannot express an opinion on behalf of all Russian Freemasonry since there is, in fact, no Russian Freemasonry at all. There are a personal "social club" of Bogdanov, formed with the help of the OMON police, and several other branches of Freemasonry, represented by a small number of lodges, where you can meet many supporters of the same Bogdanov.

Now let us talk about the nonsense Bogdanov said in his interview. The Grand Orient de France, which Bogdanov considers so "abibas" and scam is the largest and most influential continental Masonic organisation, consisting of over 50,000 Freemasons. As for the schism between the GODF and the UGLE, it all happened back in the 19th century, when the supreme being belief landmark was removed in the GODF, allowing the UGLE and its affiliated lodges to view this decision as a violation and an attempt to retreat from the foundations of Freemasonry. By the way, the supreme being was considered as "One God", that is why Bogdanov would have been expelled from regular Freemasonry in the 19th century for his statements about the admission of Buddhists and Hindus into regular Freemasonry. I don't really know how it is going with the "One God" concept in the UGLE. Nowadays, no one really tries to prove their "regularity". Apart from Bogdanov, of course.

Bogdanov also says that the GODF is considering opening up for women. Well, the topic isn't on today's agenda in the GODF anymore as there are more than 2,000 women in lodges of Grand Orient de France. "Regular" Freemasons don't have long to be sexist either. Until the first serious trial, I think.

As for politics, Bogdanov violates this principle by declaring that they raise the first glass to Putin during their agape. Why not to Medvedev or Mishustin? In general, the principle of banning the discussion of politics and religion in the lodges was introduced to prevent the masons from fighting. However, it is allowed to write on social themes the GODF, but, of course, without campaigning for Macron or Marine Le Pen.

Bogdanov also limits the emergence of Freemasonry to 1717, stating that: "Let them show a patent earlier than 1717 before they say anything else." He does not know what "operative" Freemasonry is, nor is he familiar with the Ancient and Primitive Rite, which mentions the role of the Templars in the development of "operative" Freemasonry long before 1717. For such enormous gaps in Freemasonry education, he will be laughed at even in the UGLE.

Bogdanov also touches on the story of the Propaganda Due lodge in Italy. So, the Propaganda Due was a lodge under the Grand Orient of Italy. Its Masonic charter was withdrawn in 1976. It was active for some years until it was finally ceased to exist in 1981. The UGLE withdrew its recognition from the GOI in 1983, when Propaganda Due no longer existed, on the wave of scandal related to Propaganda Due's activity at a time when it no longer had any connection with the Grand Orient of Italy. As a result, the Regular Grand Lodge of Italy was created under the control of the UGLE, which almost no one recognised because of the complete obviousness of London intrigues.

This kind of statement from "Grand Masters" in the media could lead to Russian Freemasonry being considered "abibas". Ironically, this is not far from the truth. But by no means should one think of respected international Masonic organisations, or Freemasonry in other countries, in this way. It is a fascinating world with wonderful and amazing people. As for Russia, it could be "abibas" because Freemasonry was started by very wrong people and at a very wrong time. And the historical ground of Freemasonry in Russia was destroyed a long time ago.